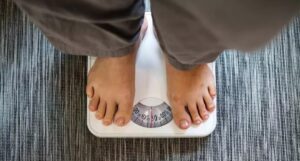 For those who want to lose weight, nutritionists advise to follow a proper diet and water consumption regime and to live at least a little more actively. Italian nutrition experts add: also take into account many other principles that will allow you to get rid of excess weight.

in 2008 The American Journal of Preventive Medicine published a study involving 1,700 overweight people. As it turned out, those who kept a food diary more than 5 days a week lost twice as many kilograms as those who did not keep a diary.

Take a walk in nature

Another experiment by scientists is reported in the Journal of Environmental Psychology. They suggested that overweight people spend more time in nature. After this kind of rest, study participants felt much more energetic. At the same time, levels of the stress hormone cortisol decreased, which contributed to weight loss. Such results were not observed for those who spent time in the big city.

According to a 2012 study published in the journal Obesity, having like-minded people is crucial to weight loss. Thus, the researchers’ observations showed that 34% of the experiment participants lost at least 5% of their body weight if they found support from friends and relatives. Those who fought only with their excess weight did not achieve such results.

Today News Post - September 25, 2022 0
This research has some amazing results! Research is ongoing and most of it goes unnoticed, but sometimes we come across a few findings that are...