Friday, November 18, due to lack of time and resources, justice was unable to process all the files of migrants from the Ocean Viking. This means that 123 of them have been released. 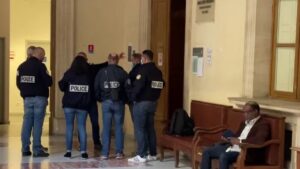 Most of the Ocean Viking migrants who were held in a center on the Gien peninsula (Var) were released on Friday, November 18. Almost all of the 189 people who arrived on Friday November 11 are now free. Justice did not have the legal right to detain migrants in the center for more than four days. However, the deadline was too short and the number of files too large for the court to process all the requests. Thus, 123 people were released.

For the president of the bar of Aix-en-Provence (Bouches-du-Rhône), the lack of means was too great. “We lacked clerks, magistrates, interpreters to be able to process so many things in such a short time,” he explains. 66 asylum applications have so far received a favorable opinion while 123 have had an unfavorable opinion, but as long as justice has not ruled, they cannot be deported. Far-right and right-wing MPs are offended by the release of the 123 migrants.

Today News Post - October 29, 2022 0
Two days before the second round of the presidential election in Brazil, one observation: lies and fake news have literally flooded the debates of...