Prior to the outbreak of the conflict, Germany imported roughly half of its gas and more than a third of its oil from Russia. 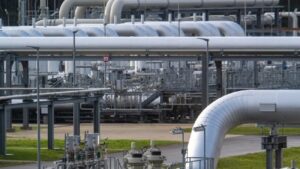 Germany has successfully isolated itself from Russian hydrocarbons.
Christian Lindner, Germany’s Finance Minister, told the BBC on Thursday, January 19, that his country no longer imports Russian gas and oil.
“Of course, Germany is still reliant on energy imports, but not on Russian imports, but on global markets,” he explained.

Prior to the Ukraine war and the shutoff of Russian gas taps in August, Germany imported roughly half of its gas and more than a third of its oil from Russia. To close the gap, the country had to reopen coal-fired power plants, postpone plans to close its three remaining nuclear plants, and increase storage capacity for imported natural gas.

Christian Lindner, speaking from the World Economic Forum in Davos, also stated that Germany would continue to invest in infrastructure in order to reduce its reliance on foreign oil. “This is just one example of the massive shift in German politics,” he explained. “We understood that we had to strengthen our competitiveness after the era of Chancellor Angela Merkel. this era was centered on the forces of the past, and now we are developing the forces of the future.”

Today News Post - September 23, 2022 0
For this reason, you shouldn't throw away the crown of a pineapple Pineapple is usually one of the first fruits that comes to mind when...