Emmanuel Macron is taking part in the summit of the Asia-Pacific Economic Cooperation forum, which is being held in Thailand. Journalist Guillaume Daret, live from Bangkok on Friday, explains that this is an important forum for the Head of State. 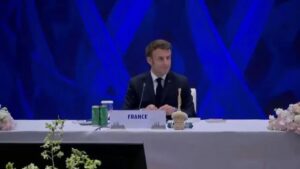 The Head of State is attending the summit of the Asia-Pacific Economic Cooperation (APEC) forum taking place in Bangkok. “Emmanuel Macron has just affirmed France’s ambitions in this area which is absolutely strategic, because it represents the nerve center of world trade”, declared Guillaume Daret, live from the Thai capital, Friday, November 18.

“By 2030, the Asia-Pacific zone will weigh 60% of the planet’s population, and 60% of the world’s GDP. ‘Neither confrontation, nor confrontation’, is what the Head of State has just said. This is very clearly a message that is sent to both the United States and China, which have a very strong rivalry here”, continues the journalist, adding that Emmanuel Macron also addressed the subject of the war in Ukraine by declaring to the heads of state present: “This is also your war, it concerns you too.”

Today News Post - November 15, 2022 0
Many people keep their phone by their head, bed or somewhere nearby all night. Is it safe? Scientists have analyzed the research of recent...