It’s over for the joint adventure of Stellantis (ex-PSA) and its Chinese partner who notably manufactured 4×4 Jeeps for the local market. The joint venture files for bankruptcy. 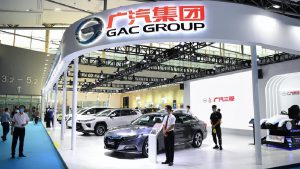 It had been in the air since mid-July but the announcement was made official on Monday, October 31, in the midst of a deficit. Stellantis and Guangzhou Automobile Group had created a structure in 2010 from which the Cherokee, Compass and Grand Commander models emerged. But the commercial success was not there. Between January and September, the joint factory and an additional site sold just over 12,000 vehicles, while the production capacity is 328,000 units a year.

The Chinese market is very specific. Foreign brands have to deal with regulatory constraints and very fierce competition made up of multiple local players. This panoply of manufacturers has gained in competitiveness, particularly in the electric market. Jeep, which is being electrified, was one of Stellantis’ main avenues of development in China, where it only has 0.5% of the market. The French wanted to develop its partnership with Guangzhou Auto by increasing its capital but failed to take a majority stake of 75%. Stellantis will continue to serve its Chinese customers in imported 4×4 Jeeps.

Carlos Tavares throws in the towel

We remember that in mid-October, at the Paris Motor Show, the general manager of Stellantis had hinted that the group could, in the long term, no longer produce in China depending on the turn that negotiations with its local partners would take. So he moved from intention to action. Stellantis continues to discuss with its other Chinese partner, Dongfeng, the future of the Peugeot and Citroën brands in the world’s largest automotive market. The French never managed to break into it, unlike the German Volkswagen. The objective of the European manufacturer is still to aim for 20 billion euros in turnover in the former “Middle Kingdom” by 2030.