According to a UN scientific report, the ozone layer is “on track” to recover in four decades. 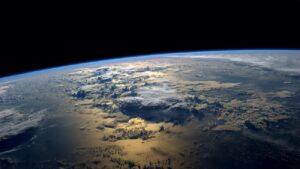 An image of NASA from the International Space Station, September 2, 2014. (NASA / AFP)

“This is good news which shows that we can manage to improve things”, the climatologist and research director at the CNRS Didier Hauglustaine, while the ozone layer, which protects the Earth dangerous solar radiation, is “on track” to recover, according to a report by scientists released Monday under the aegis of the UN.

The Montreal Protocol (Canada), signed in 1987 and ratified by 195 countries, has greatly reduced the amount of chlorofluorocarbons in the atmosphere, and the ozone layer seems likely to recover within forty years, according to estimates from the ‘UN. “It shows that the protocol signed in 1987 has worked and that these ozone-destroying gases have diminished in the atmosphere and slowly the ozone is healing,” he continued.

“It also shows that when there is a mobilization of scientists and an awareness of politicians and industrialists, useful measures can be taken.”

The climatologist adds, however, that “it is much more complicated to act on global warming because we are talking about a change in all of society”.

Today News Post - November 21, 2022 0
China is facing a major resumption of the Covid-19 epidemic, with nearly 140,000 cases recorded since the beginning of November. The authorities have granted...