Crucial day in Quebec, where countries around the world have been meeting for 10 days to try to better protect the planet’s biodiversity. China’s COP15 presidency put a draft agreement on the table yesterday to be concluded by Monday, December 19. 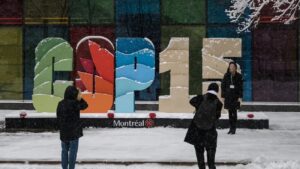 After four years of negotiations slowed down by the Covid-19 pandemic and 10 somewhat tense days, China presented a compromise text on Sunday December 18. The outline of this text recalls this terrible observation. The current rate of extinction of animal and plant species is “at least ten to a hundred times higher than the average of the past ten million years”. We humans are responsible for this carnage and there is an urgent need to act. The text proposed by China is defined as “an ambitious roadmap”, with this key objective of protecting by 2030 “at least 30% of land, inland waters, coastal and marine surfaces”. To date, only 17% of the land and 8% of the seas are protected. An objective on which there was no consensus, but which is indeed present in the text. Another desire, that of “dividing by ten the rate of extinction and the risk for all species by 2050”, but also “to ensure that by 2030, at least 30%” of terrestrial ecosystems and degraded sailors are “effectively restored”. The text also gives guarantees for indigenous peoples, guardians of 80% of the remaining biodiversity on Earth.

According to the NGO Campaign for Nature, if the agreement is ratified today by the other countries, “the future of leopards, butterflies, sea turtles, forests and populations will improve significantly”, and humanity would take ” largest commitment in history to ocean and land conservation”. On the other hand, according to the NGOs, there are still points to be improved, particularly on the question of pesticides, “to develop the agricultural model” and there the countries of South America are still reluctant to get involved. For the NGO Avaaz “it is, not 30%, but 50% of the planet which should be protected by 2030”.

Funding remains the crux of the matter

The question remains burning between the North and the South. China proposes to reach “at least 20 billion dollars” in aid per year for biodiversity by 2025 and “at least 30 billion by 2030”, triple today’s. But for the least developed countries, this is insufficient, this figure should be multiplied by ten and a specific international fund should be created.
Time is running out, more than a million species are threatened with extinction on the planet. And beyond the moral implications, the whole world’s prosperity is at stake, say the experts: more than half of the world’s GDP depends on nature and its services.

Today News Post - November 20, 2022 0
The 20th Congress of the Communist Party of China opened on Sunday October 16 and is expected to re-appoint Chinese President Xi Jinping. This...

Ukraine: NGO Human Rights Watch welcomes “an unprecedented international reaction” to the war, but regrets “a lack of attention” to other conflicts