According to investigators, the host country of the World Cup would have tried to influence several political figures to buy their silence, in particular in connection with the situation of human rights or that of workers in Qatar. 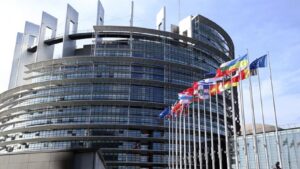 Qatar is in the news for a reason other than football. The country is suspected of influencing decisions of the European Parliament by paying large sums of money. We learned that one of the vice-presidents of the institution had been arrested at his home. “This is the Greek Socialist MP Eva Kaili. She was arrested Friday evening at her home and according to a judicial source, the investigators found bags of cash there. Four other people were arrested, including a former MEP and a parliamentary assistant. In total, all these searches made it possible to get their hands on around 600,000 euros in cash and here, in the European Parliament, several offices have been sealed to avoid the disappearance of evidence”, explains Julien Gasparutto, live from Brussels.

“So the investigators suspect acts of corruption on the part of Qatar, which would have tried to influence a certain number of political leaders in the run-up to the World Cup. Saturday morning tongues were loosened, some deputies confided that something was not going well. Several Socialist MEPs were opposed in particular to amendments on the human rights situation or the situation of workers in Qatar. Saturday morning, the President of the European Parliament reacted. She recalls her opposition to the corruption and she assures us that she will do her best to facilitate the work of justice”, concludes the journalist.

Today News Post - December 10, 2022 0
"We are only thinking about it," said Vladimir Putin, however. Russian President Vladimir Putin, December 9, 2022. (AFP) A new Russian strategy? Russia could modify its...

The European Book Prize 2022: “Mr. The Man of Providence” by Antonio Scurati