Like every day, Evening news takes a tour of the news broadcast by European television channels. It’s Eurozapping on Tuesday, October 25. 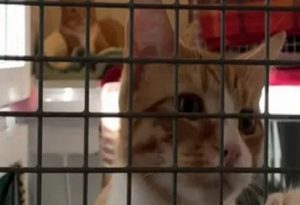 German President Frank-Walter Steinmeier made a surprise visit to kyiv on Tuesday, October 25. It had been canceled by the Ukrainians a few months ago, the latter considering the German military support too timid. “Not only are we on your side, but we will continue to support Ukraine economically, politically and also militarily,” the leader said.
In Sweden, 150 speed cameras were dismantled in less than two months. An investigation indicates that some parts, including cameras, were found in Russian drones shot down in Ukraine. A person potentially involved in this traffic has been arrested.

Pets suffer from inflation in Britain

Pets are victims of inflation in Britain. The number of abandoned cages in animal shelters continues to climb, and almost no one comes to look for them anymore. “There were times when I only ate one sandwich a day to make sure I could afford the cat’s food,” one man said.

Today News Post - November 22, 2022 0
Assertive and hungry outsiders, "El Tri" and the White Eagles have no room for error in this Group C match on Tuesday. Polish striker Robert...