How does India perceive the appointment of Rishi Sunak, country of origin of the new British Prime Minister? His arrival at 10; Downing Street fell on a special date: the day of Diwali, the festival of lights and renewal in India 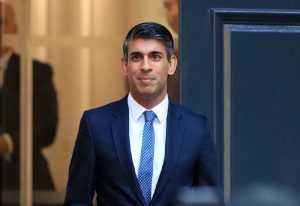 Rishi Sunak, the new Prime Minister of the United Kingdom, at the gate of the Conservative Party headquarters, in London on October 24, 2022. (LI YING / XINHUA)

Rishi Sunak, 42, became on Monday October 24 the youngest Prime Minister in the contemporary history of the United Kingdom. But also the first of Indian color and origin, and this 75 years after India gained independence from the Crown. His home country is watching this meteoric rise with a mixture of pride and caution.

Chance of the calendar, the ex-minister of Finance won the race to Downing Street on the day of Diwali, the festival of lights and renewal in India. According to Harsh Pant, an international policy researcher at the Observer Research Foundation, this is the result of a long shift: “The political power of the Indian diaspora is becoming more visible than before. It is clear that now Indians transform their traditional economic influence into political influence”.

A rapprochement between London and New Delhi?

Born in India or of Indian origin, his grandparents emigrated from East Africa to the United Kingdom in the 1960s. Will the Indian origin of the British Prime Minister soften relations with India? Not sure, especially concerning the free trade treaty which was to be signed these days between the two countries. The text must, among other things, facilitate immigration in both directions.

Warmest congratulations @RishiSunak! As you become UK PM, I look forward to working closely together on global issues, and implementing Roadmap 2030. Special Diwali wishes to the 'living bridge' of UK Indians, as we transform our historic ties into a modern partnership.

“Immigration is a very important subject for conservative voters, continues Harsh Pant. Rishi Sunak, considering his origins, will have to show that he is not lax in this area. This will make it more difficult for him to sign this treaty. with India than with Boris Johnson or Liz Truss.”

On the web, the Indians do not hide their joy to see a man of Indian origin leading the country that colonized them. Indian Prime Minister Narendra Modi also sent his “warmest congratulations” to his future British counterpart, welcoming the existence of this “living bridge” with his country that the Indians of the United Kingdom constitute.

Today News Post - November 1, 2022 0
The Danish Prime Minister is playing her political future in legislative elections with an uncertain outcome. If the left is opposed to a bloc...