The announcement was made on Saturday by the Iranian Judicial Authority’s agency Mizan Online. 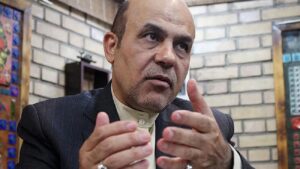 The Iranian-British Alireza Akbari, during an interview in Tehran. ( KHABAR ONLINE)

Another execution in Iran. An Iranian-British man sentenced to death for espionage, Alireza Akbari, was executed by hanging, announced on Saturday January 14, the agency of the Iranian Judicial Authority Mizan Online.

According to this agency, Alireza Akbari, 61, had been convicted of “corruption on Earth and of undermining the internal and external security of the country for having transmitted information” to the United Kingdom.

The Iranian news agency IRNA assured Thursday, when the verdict was announced, that Alireza Akbari was a veteran of the war between Iran and Iraq (1980-1988) before occupying important positions, as “Deputy Minister of Defense for Foreign Affairs”, head of a unit in a ministerial research center, “advisor to the commander of the Navy”, among others. He also worked in the “secretariat of the Supreme National Security Council”, IRNA said.

When the verdict was announced, London called not to execute the “British and Iranian national Alireza Akbari and to release him immediately”, through the voice of its head of diplomacy, James Cleverly. The latter had also denounced a “politically motivated act”.

Today News Post - November 19, 2022 0
The European Union's Emergency Response Coordination Center in Brussels has been providing shelter, food, vehicles or medical aid to Ukrainians since February. An employee of...

Peru: two dead and several injured during protests against the new president

United Kingdom: two years later, is Brexit responsible for the social movements that are shaking the country?