Microsoft plans to lay off approximately 10,000 employees by the end of March. The company’s CEO defends himself by citing the current economic situation. 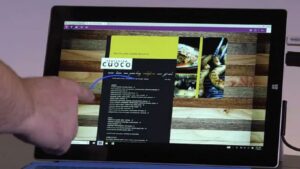 Microsoft CEO Satya Nadella announced the news in a letter to his employees that was made public. He cites the economic situation and a shift in consumer priorities as justifications for laying off around 10,000 people by the end of March. Microsoft is concerned about the possibility of a technology sector recession.

Microsoft is not alone in laying off

“Microsoft will use this moment to invest in the cloud and reduce non-strategic areas. “They will cut costs,” says Wedbush analyst Daniel Ives. Prior to Microsoft, other major companies in the sector reduced their workforces. 18,000 licensees at Amazon, 11,000 at Meta, the parent company of Facebook. Highlighting a slowdown in the US economy.

Today News Post - December 11, 2022 0
The Moroccans took the advantage in the first period before holding on against the Lusitanians (1-0). For the first time in history, an African...