In the club of correspondents, todaynewspost is interested in news seen from abroad. 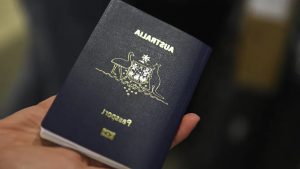 In its bill on immigration, the outlines of which were unveiled on Wednesday, November 2, the French government is considering a residence permit for “stressed occupations”. It would make it possible to regularize undocumented workers, already present in France and who work in sectors in need of manpower. Direction Canada and Australia where these two countries have adopted this model of labor immigration decades ago, Australia and Canada.

At the end of the Second World War, Australia established a first migration policy. At the end of the war, there were 7 million inhabitants in Australia and it was believed that we had narrowly escaped a Japanese invasion. The authorities of the time therefore decided to launch a massive immigration policy, which would be called: “Populate or perish”. It is open to all European and Commonwealth nationals and the only conditions to be met are that you must be in good health and under the age of 45. In fact, it was only in the 1980s that the first professional requirements appeared, first of all mastering English, a certain level of diploma or qualification and then the creation of a list, very specific, sought-after professions. It is very regularly updated and in its latest version, there are 674 jobs sought, the list has never been so long. You can find a bit of everything there: surgeon, economist, diving teacher, engineer, zookeeper but also footballer, golf player and even more surprisingly, parliamentarian.

This system more or less works. Some business leaders, especially in the current period, when Australia is hit by a general shortage of manpower, would like to delete it because they find that this list is too restrictive and especially that it is too rigid and does not allow therefore not respond in time to their needs. On the other hand, the principle of favoring skilled immigration is absolutely not disputed. Before Covid-19, this sector represented 70% of the visas issued, compared to 30% for humanitarian and family immigration, which the government is doing everything to limit as much as possible. Thus to obtain a “partner visa”, to which people who are married to an Australian citizen are eligible, it will be necessary to pay 5,000 euros. The same residence permit in France costs 225 euros.

It is therefore a strict system but which nevertheless welcomes a lot of people. In Australia, 30% of the population was born overseas. Because it has been proven that the impact of immigration is largely positive: immigrants in Australia are more educated and qualified than the average, they bring in more than they cost the State, they create jobs and boost growth. economic. This is the reason why immigration quotas will be raised by more than 20% in 2023.

In Canada, “chosen immigration” to revive the economy

A country of immigration for several centuries, Canada intends to further amplify this trend and make newcomers, as they are called there, the engine of its economic and demographic growth. Immigration chosen on the basis of professional skills and education since 1967.
Citizens born elsewhere in this huge country are of enormous importance. Eight out of ten residents of Toronto, Canada’s largest city, identify as first or second generation immigrants. Nationally, almost a quarter of Canadians were born elsewhere, the highest proportion in the G7. Nearly 60% of newcomers, who come largely from Asia, are selected from a points grid. In particular, it takes into account their professional experience, their diplomas, but also the number of their children. As much as possible, it is a question of attracting qualified personnel in professions in demand, such as the health professions, information technologies, technical professions. Within three years, the Canadian government hopes to recruit 1.5 million people. An essential element in reviving the economy and maintaining population growth in an aging Canadian society.

So many newcomers to a country of 38 million people threaten to change the demographic composition of Canada. Especially in the main cities of the country where the newcomers could become the majority, compared to the inhabitants established in the country for several generations.

This influx of people from elsewhere also accentuates the decline of Francophones within the Canadian federation. Partly in particular because Quebec, where the official language is French, takes the opposite view of a massive recruitment of foreigners. The current government plans to welcome only 50,000 immigrants per year, or 10% of the Canadian target. The authorities of this province want to preserve its Francophone culture and ensure that newcomers integrate well into their host society. This way of doing things will therefore have the effect of reducing the proportion of Quebecers within Canada. And consequently reduce their political weight.

Today News Post - November 20, 2022 0
Emmanuel Macron is taking part in the summit of the Asia-Pacific Economic Cooperation forum, which is being held in Thailand. Journalist Guillaume Daret, live...