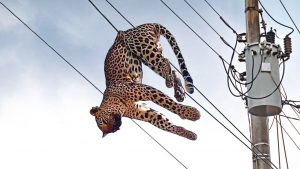 Bigger than you think!

If you drive past power lines or just look at them from the ground, these balls don’t look very big and you might think they’re about the size of a basketball. But nothing is further from the truth! These balls are actually a lot bigger than they appear. We only think they are so small because the distance between the ground and the cable is quite large. The larger variants have a diameter of about 91 centimeters.

Installing the balls is not an easy task, as it requires precise coordination of which balls are to be placed where. Many professionals are involved in this, some working on the ground and at great heights to mount the spheres on the power grid.

We’ll give you a tip: everything has to do with the current that flows through these cables. Did you know that electricity has only been able to be transported over such great distances since 1882? Engineers Oskar von Miller and Marcel Deprez succeeded in doing that. They used sea cables that were actually intended for sending telegrams and could thus transport 2.5 kilowatts over 60 kilometers. Smart right? Today, of course, distance no longer matters: our technology has now advanced so far that we can lay cables across national borders and on the seabed.

Before Miller and Deprez’s invention, electricity could only be transported locally. But as the demand for electricity increased, the power plants got bigger and bigger until they finally no longer fit into the cities they were supplying. 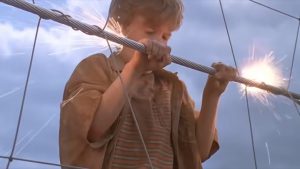 Cable in the air

The high-voltage cable was invented to ensure that everyone could be supplied with electricity. However, the cables that you see hanging in the air are not insulated. Why should they if nobody touches them? 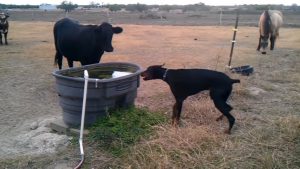 Of course, with so many bare wires, things can go wrong, but that only happens when the wires touch each other or hit the ground. You’ve probably seen a photo or video of this happening before.

However, this is also a problem for birds, who like to rest on the cables from time to time.

In order for real fireworks to occur with a high-voltage cable, however, quite a few things have to go wrong. As long as the current stays in the cables and does not come into contact with the ground or other cables in any other way, there is nothing to worry about.

And that’s why birds can safely take a nap on the life-threatening cables – after all, they have no contact with the ground. However, the consequences could be dire for the birds if they accidentally flick their tails over a second cable or if the bird on the cable makes contact with the structure embedded in the ground at the same time.

Want to learn more? Then quickly read on.

Today News Post - December 6, 2022 0
Monday, December 5, the trial of the Brussels attacks opened in Belgium. They had been perpetrated by the same terrorist cell as that of...