Sweden announced Thursday, January 12 to have discovered a deposit of rare earths. The European Union sees this as an opportunity to reduce its dependence on China, from where it currently imports 98% of the rare earths it needs. 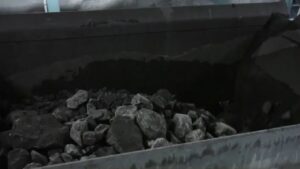 In the Swedish Far North, where temperatures drop below -10°C in January, rare earth deposits have been discovered in a mine. For several years, the public group that manages it has been exploding galleries hundreds of meters deep. A deposit of one million tonnes has been located, making it the largest known in Europe.

An opportunity for the EU to reduce its dependence on China

The news was announced with great fanfare on Thursday, January 12, before a delegation from the European Commission. Ebba Busch, the Swedish Minister for Energy, evoked, helmet on the head, “an important day for Sweden and for the whole European Union”. And for good reason, these minerals are used in the manufacture of many products, in particular magnets essential to many technologies: medical imaging, cars, smartphones… They also make up solar panels or wind turbines. Today, 98% of rare earths are imported from China. The European Union therefore sees this as an opportunity to reduce its dependence.

Today News Post - January 6, 2023 0
While justice will soon render its judgment in the case between six NGOs and Total, the Cellule investigation and the International editorial staff of...