How to know everything about intelligence in Europe and in the world? A book lists all the services concerned, with detailed maps. 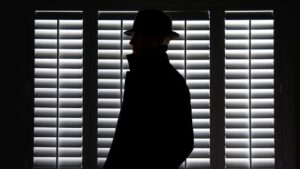 A book to discover the hidden side of the world of the intelligence service, the famous secret services. (Illustration) (MACIEJ TOPOROWICZ, NYC/MOMENT RF/GETTY IMAGES)

With this book, published in partnership with Le Bureau legends, we will understand everything about the secret services. It’s called The Secret Atlas of Intelligence. With maps and computer graphics to discover the hidden side of the world of secrecy, it’s very interesting because we’re talking about the intelligence services, the famous secret services. Meeting with the author.

Bruno Fuligni: The idea of the book is to really bring together everything we can know about the secret services around the world today. Why an atlas? Because we often tend to think that intelligence is invisible, undetectable.

And in fact, no, there are plenty of traces, there are plenty of elements that can be mapped, hence the presence of a hundred maps or diagrams that show where the power stations are , that is to say the headquarters of the major services, where the crossing points are located to go from one country to another, discreetly. Where are the shelters, where are the places, where you can easily launder money, recruit fighters, buy weapons without it being too visible, etc…

And then, when you look at the map and when you do geopolitics, the map always says all that, it’s obvious…

But the map is a document and the intelligence services themselves produce maps.

You review the various international secret services. In all these services, you talk about them in your book, and we don’t talk about them much today, in this war news, are they the moles?

And moles, that’s obviously every intelligence service’s dream, is to have moles, and well-placed moles that you control, working for you, while being in another country, and ideally in the administration of another country, at the level of the senior civil service, at the level of the government. Or there, it’s really the royal road, if you have someone within an opposing intelligence service.

And in the strategic industry too…

Obviously. Sometimes the counterintelligence services are very happy to pick up repentant moles, because, in fact, they will allow them to send false information to the enemy. So there, we enter into these games of infinite mirrors.

And the other mole is that of the intelligence officer, who was trained very young in his country, who is sent to another country, and who lives there all his life: he gets married, has children and it fits precisely into the sphere?

So there, they are infiltrators, they are illegal immigrants, on very long-term missions. The ex-Soviets, the Russians know how to do that. It obviously takes incredible self-sacrifice from the intelligence officer who finally agrees to live someone else’s life.

It sometimes means going as far as marriage, having children, in short, having a total double life. In appearance, you are peaceful, the citizen of one country, and in reality, you are the eye and ears of another rival, even enemy, country.

Yes, there is Paris, London, in the big cities of espionage. There are obviously the power stations which have been mapped, also all these practical places, old London is teeming with them, these little streets where you can easily spot if you are being followed, which lead to a plot, itself leading to a small pipe which allows you to arrive on a park, and therefore to sow a possible pursuer, also the places with double entry.

So there too, it was another way of mapping the profession of spy, it was to take two major cities, Paris and London, and show them from the angle of espionage.

Have you encountered many spies?

I spied on spies. I had the chance to first meet old and new people who, of course, never revealed to me what they worked on, but who agreed to discuss their technique, their experience, about what it’s like to be on a clandestine mission abroad. It’s much less spectacular than a James Bond, but with quite interesting moments of cold sweats.

The Secret Atlas of Intelligence by Bruno Fuligni is published by Gründ.

Dakar 2023: Sébastien Loeb takes a fifth victory on the 11th stage in a car, and is closing in on second place overall