In the United States, abortion is now illegal in 11 states. So some women go to neighboring states to be able to have an abortion. In the midterm elections, many pro-choice candidates were elected. 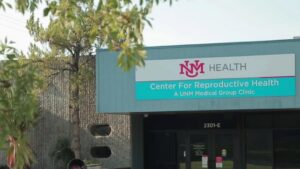 Every day, it’s the same puzzle for the team of Doctor Lisa Hofler, head of the obstetrics and gynecology department in Albuquerque (New Mexico): finding a niche for patients who wish to have an abortion. Dozens of calls every day and seven appointments per hour in the clinic. Since the Supreme Court’s decision to no longer protect the right to abortion, the establishment has been overwhelmed.

Abortion is banned in 11 US states

Patients even arrive from neighboring states where abortion has become illegal. “Dallas, Texas is nine or ten hours by car, Houston is twelve or thirteen, so most of our patients drive all day to get to us,” says Hofler. Women already exhausted before undergoing the abortion procedure. In the state of New Mexico, the rules on abortion have not changed and it remains accessible until the 32nd week of pregnancy. 11 American states have already banned abortion since the decision of the highest court in the country.

Today News Post - October 31, 2022 0
In two decades, the capital has become the 4th "power" for the production of this theatrical genre, behind New York, London and Hamburg. Tourists...