In the United States, tornadoes caused extensive damage. Several towns were swept away, including in the Selma, Alabama area, where at least seven people have been killed. 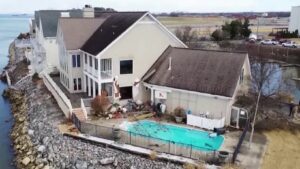 Dozens of buildings gutted, pulverized. Downtown Selma, Alabama (USA) is upside down minutes after the tornado struck. Some can’t even put words to what they are going through. The amateur images testify to the phenomenon, to an unprecedented violence. Winds exceeded 200 km/h at the heart of the whirlpool.

More tornadoes could form in the next 48 hours

In the region, many houses are built of wood. They were like blown away. Entire buildings have disappeared. “It came out of nowhere, I heard such a loud roar, like never before. I ran away from home, and I ran to hide because everything was flying in all directions”, says a resident. The entire southern United States remains on alert, and US weather services estimate the risk of more tornadoes forming in the next 48 hours to be very high.

Today News Post - December 31, 2022 0
More and more countries are imposing a mandatory Covid test for travelers from China. After Italy and Spain, France is in turn strengthening measures...