Among Venezuelan opponents, a majority emerges to demand the end of the “interim government” of Juan Guaido. Four years after its self-proclamation, this system seems to have weakened without achieving its political objectives. 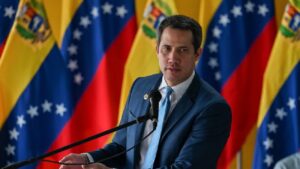 It seems a long time ago when Juan Guaido, by declaring himself the self-proclaimed president of Venezuela, became the darling of all Western chancelleries. It was four years ago, at the time he was the one on whom all hopes rested. Young, brilliant, reassuring smile, Juan Guaido was the leader to be supported. It must be said that his political coup had panache. Supported by hundreds of thousands of Venezuelans, he declared himself interim Head of State against the country’s elected but contested President Nicolas Madudo.

The consequences of the energy crisis

Time passed and the results were not up to par, so a majority of the opponents who until now supported him decided to drop him. In a statement, 69 of the 112 opponents who had spoken out in favor of his appointment as interim president in 2019, when the opposition controlled Parliament, called on Wednesday, December 21, for the end of the “interim government” of Juan Guaido, They are asking him to fall back into line and stop occupying this position of interim head of government from January 4th.

This reversal of the situation can be explained in particular because the regional political situation has evolved. While the United States remains at his side, he has since lost the support of countries such as Argentina, Mexico, Brazil, Peru and more recently Colombia, all of which have moved to the left while Juan Guaido is on the right. Another significant change is the energy crisis linked in particular to the war in Ukraine. Many countries in the world, starting with France, have remembered that Venezuela has oil. Suddenly realpolitik imposed itself. President Nicolas Maduro is once again becoming a possible and essential interlocutor, especially since he should run for the next presidential election in 2024.

The major political maneuvers are therefore launched for the future presidential election. We also feel that politics is making a comeback in the region. Reopening of the borders between Venezuela and Colombia, more moderate American discourse against President Maduro, things are moving in the upper echelons but for Venezuelans, we are still far from a return to the world before. The High Commissioner for Refugees (UNHCR) launched on December 1, an appeal to raise 1.72 billion dollars to help the population and migrants. It is estimated that seven million people have fled Venezuela and find themselves scattered in the region with enormous problems of food, education and security.

A population also abused inside the country. You should know that the salary in Venezuela is 20 dollars and with this sum you buy two chickens. Imagine the distress in which a majority of Venezuelans find themselves.

Today News Post - January 10, 2023 0
Finally, some good news for the environment: the ozone layer should fully recover within the next 40 years. A world map in the arms of...