The city of Kherson is once again in Ukrainian hands. The soldiers entered the town on Friday, November 11. They were welcomed as real heroes by the population. 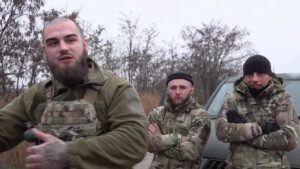 Friday, November 11, a military woman is carried by the crowd, in Kherson (Ukraine). The civilians thank the soldiers who have just returned to the city. “Long live our army”, chants the crowd. A woman kisses a man, a soldier is transported with joy. The latter immortalizes this historic moment. The Ukrainian flag now flies again in Kherson. It was the only big city that Moscow (Russia) had managed to take. The joy is such that the soldiers find it difficult to make their way. In a nearby town, the Ukrainian anthem resounds.

30,000 Russian soldiers withdrew from the area

In a solemn address, the President of Ukraine, Volodymyr Zelensky, rejoiced at this victory: “Today is a historic day.” Ukrainian soldiers now have the task of flushing out and dislodging the Russians in the vicinity of Kherson. Moscow says it withdrew 30,000 troops from the area, but according to the Ukrainian military, 30% of Russian forces remained.

Today News Post - November 2, 2022 0
On Saturday October 29, Russia announced to suspend the agreement which allowed the export of Ukrainian cereals. A decision that could have serious food...