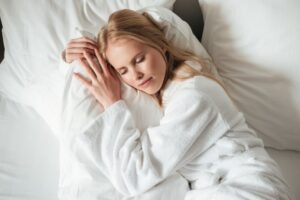 British scientists have found that falling asleep between 10 and 11 p.m. can reduce the risk of cardiovascular disease and thus prolong a person’s life.

Research: When should you go to bed?

This is according to a study published in the European Heart Journal – Digital Health, Express writes. Data from more than 88,000 participants with an average age of 61 were analyzed. Most of them are women.

The researchers collected data on sleep and wake times using a wrist accelerometer.

Evidence shows that falling asleep between 10 and 11 p.m. may reduce the risk of heart disease. 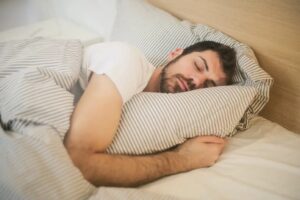 The researchers also found that those people who went to bed at midnight or even later were more likely to have a heart attack, heart failure, chronic coronary heart disease or stroke. Their risk of cardiovascular disease was 25 percent higher.

However, the study cannot prove that early or late bedtimes contribute to the development of cardiovascular disease, as other factors may play a role.
Study data were adjusted for age, gender, sleep duration, as well as other lifestyle skills and health status.

Study author Dr David Plains said: “Although we cannot infer cause and effect from our study, the results suggest that going to bed earlier or later can disrupt the body clock, which has adverse effects on cardiovascular health.”

The doctor added that one possible reason for the increased mortality associated with falling asleep later may be a lower chance of seeing the morning light, which helps reset the biological clock.
We give you the opportunity to rate our content. Click on the star to rate!