Croatia and Morocco are vying for third place on Saturday at 4 p.m. A match of often limited interest, only a few days after a great disappointment. 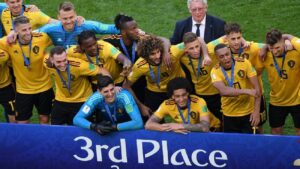 The legs are heavy and the heads are still bruised. And yet, four and three days respectively after their defeat in the semi-finals of the 2022 World Cup, Croatia and Morocco must play a last match, Saturday December 17 (4 p.m.). The challenge, an often anecdotal third place decided after a small final that the nations do not always take seriously.

“In order not to make a fuss, this classification match bothers me a bit, admitted without detour the Moroccan coach Walid Regragui, Friday, in a press conference. It is always very complicated for the two teams, after a disappointment such as losing a semi-final, replaying a match two days later. For me, we are in the place of the idiot when we are third or fourth.

The questioning is not new and comes up like a refrain every four years. “I don’t think this match should take place, I’ve been saying it for ten years”, scolded Louis van Gaal in 2014, when he was already at the head of the Netherlands, winners of Brazil (3-0) in small final. “The game for third place is complete stupidity. It’s the last thing the players want to do”, railed former England international Alan Shearer (63 caps) on Twitter, a few hours before the Three Lions’ defeat against the Belgium, in 2018 (2-0).

The match for third place appeared for the first time in 1934 (Germany-Austria 3-2) during the second World Cup – organized in Italy – to take inspiration from the Olympic Games in establishing a ranking. At the Euro, it has been removed since 1984 and the introduction of the semi-finals. The interest is more for Fifa – which can monetize an additional match for its TV rights, image and its partners – than for the selections, even if two million dollars in endowment separate the third from the fourth place (27 million versus 25).

In truth, the teams take advantage of this to rotate their workforce. “We are going to do everything to win but I also think of giving playing time to those who have not had their chance in this competition”, also warned Walid Regragui in the wake of the defeat against the France team. (2-0), Wednesday.

An opportunity to play the substitutes

The native of Corbeil-Essonnes (Essonne) would not be the first nor certainly the last to open his bench. In the last ten editions, so for forty years, only one nation has renewed its entire starting lineup compared to the lost semi-final (Bulgaria in 1994, 4-0 defeat against Sweden). The selection renewal rate is 31%, or almost a third of the starting composition.

In 1982 and 1986, France had decided to bring its “hairdressers” into play, an expression popularized by Luis Fernandez during this last edition. With seven changes in their eleven each time, the French team lost to Poland (3-2) before beating Belgium (4-2) four years later. 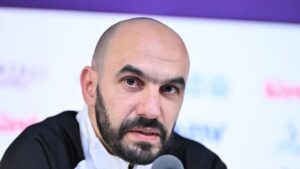 Still, a bronze medal remains in play. It would be a first for Morocco and the African continent at the World Cup. “To be positive, to finish third, in terms of image, that would be magnificent: we are on the podium in the world, recognizes Walid Regragui. The players are still hungry, they want to finish well, they realize that they there’s still a game to play and I think they understood that finishing third was not the same as fourth and that it would be nice to bring home a medal.”

Among the Croats, the motivation seemed even more present. The country knows the importance of a bronze medal, already gleaned in 1998 (2-1 against the Netherlands), seven years after its declaration of independence. “Saturday’s match is not a small final for us, it’s a big final. There is a major difference between finishing third or fourth, Vatreni coach Zlatko Dalic insisted on Friday at a press conference. For us it’s a very important game, it’s a battle for a medal.”

“The eight of us who were in Russia (during the lost final against France in 2018, editor’s note) understand the emotion it brings to win a medal at a World Cup. It’s something that follows you for the rest of your life. It’s a historic meeting that we can tell our children about one day.”

In the absence of stake, the spectacle is, him, often with go. Since 1934, the small finals have provided no less than 3.8 goals per game on average. A nice appetizer before the grand finale the next day.

Today News Post - November 8, 2022 0
The CEO of Carrefour, Alexandre Bompard, presented Tuesday to the markets the main lines of his future strategy: to develop his private label private...