The former US president was banned from the social network in January 2021, after the Capitol was stormed by his supporters. 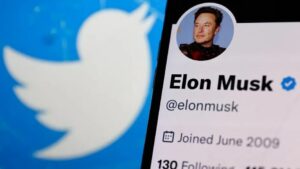 Arrived for three weeks, the new boss of Twitter dictates his rules. Elon Musk announced on Friday, November 18, that the suspended accounts of several personalities (including those of Kathy Griffin, Jordan Peterson and Babylon Bee) have been reinstated on the platform. However, he clarified that he had “not yet made a decision” concerning that of Donald Trump, banned from the social network in January 2021, after the assault on the Capitol by his supporters.

Trump decision has not yet been made.

“The policy of the new Twitter is freedom of expression, but not the freedom to reach” the public, explained the boss of Tesla, who defends an absolutist vision of freedom of expression. “Negative or hateful tweets will be downgraded and demonetized, so there will be no ad backing or other revenue for Twitter. You won’t find these tweets unless you search for them specifically, which is no different from rest of the internet,” he added.

Among the restored accounts, that of actress Kathy Griffin, who had two million subscribers. She was suspended last week from Twitter, along with other netizens who changed their username to “Elon Musk” to mock the new boss. She had also replaced her profile picture with an image of the billionaire.

Accounts close to the American left and right

The Babylon Bee is a conservative American satirical site, suspended from Twitter in March for violating the rules on hate speech. The move followed a tweet about Rachel Levine, a transgender pediatrician in Joe Biden’s government (assistant health secretary).

Finally, Jordan Peterson is a media personality known for his conservative views. He had been suspended from the platform there too for hate speech against transgender actor Elliot Page. “I’m back. Thanks Elon Musk,” he tweeted on Friday.

But the billionaire seems to set a limit. A user suggested also restoring the account of far-right American conspirator Alex Jones, who has been sued for several years by parents of victims of the Sandy Hook (Connecticut) school shooting for claiming that the massacre was not than a staging led by opponents of firearms. “No,” replied Elon Musk.