An ardent defender of freedom of expression, the billionaire could limit the content moderation policy so far implemented by the social network. 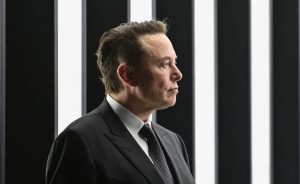 “The bird is released.” It is in these terms, in the midst of publications praising the successful landings of his rockets, that Elon Musk announced the takeover of the social network Twitter, Friday, October 28. After months of twists and turns, the billionaire at the head of the electric car company Tesla and the space company Space X has finalized his purchase of the platform for the amount of 44 billion dollars (about the same amount in euros). On this social network of which he is a hyperactive user, he also published a video of himself, advancing in the lobby of Twitter, a sink in his arms. On his account, which has more than 110 million subscribers, he now defines himself as “Chief Twit” (pun meaning around the words “Twitter” and “twit”, “moron” in English).

What is Elon Musk hoping to free Twitter from? He first fired his management team. CEO Parag Agrawal, who arrived in November 2021, has been sacked, various US media reported. Elon Musk had several times publicly criticized the policy he was leading, as reported by Bloomberg*. The same would go for the legal director, Vijaya Gadde, considered internally as “the moral authority of Twitter”, details the site Politico*. Musk had pointed the finger at her for having restricted a publication of the New York Post concerning the son of Joe Biden in 2020. In the middle of the electoral campaign, these elements had been deemed not very credible and likely to influence the presidential election by the social network .

“Elon Musk accuses the leaders of Twitter of having practiced censorship of political speeches, behind a screen of moderation measures”, explains to Florence G’Sell, professor of law at the University of Lorraine. “He criticizes them for carrying out a strategy that is hostile to conservatives,” adds the holder of the digital chair at Sciences Po. Now that the billionaire has a free hand to transform Twitter, many are worried about seeing this policy of moderation disappear and fear an explosion of hate speech, conspiracies and disinformation.

In a message to “Twitter advertisers” on Thursday, the businessman wanted to be reassuring. Its ambition is to create “a space for common digital debate, where a wide diversity of opinions can be debated in a healthy way, without resorting to violence”. Limits are even mentioned: Twitter obviously cannot become a generalized hell, where everything could be said without any consequences.

But Elon Musk has repeatedly criticized the moderation policy implemented by Twitter. He is particularly in favor of restoring Donald Trump’s account. Twitter had decided to permanently suspend the account of the Republican president after the assault on Capitol Hill by thousands of his supporters. “We helped feed the dramatic events of January 6, explained the employees of the social network in an internal press release, according to the Washington Post*. We must learn from our mistakes.”

“Against censorship that goes far beyond the law”

Elon Musk deemed this measure “morally wrong”, during a conference organized by the Financial Times * in May 2022. This “error” has “alienated a large part of the country”. The former American president was also delighted, on Friday, that the social network is now “in good hands”.

“It goes far beyond Donald Trump. Will Elon Musk bring back people who are carrying very violent conspiracy speeches?”

“By freedom of expression, I mean that which corresponds to the law, he said on Twitter in April 2022 *, I am against censorship which goes far beyond the law”. Limiting itself to legislation would be a game changer for the platform. “In the American context, there are very few texts which restrict freedom of expression, for reasons of a constitutional nature, recalls Florence G’Sell. A certain number of remarks of incitement to hatred and violence are considered as mere points of view.

Faced with the influx of this type of remarks in its content, Twitter has cracked down by putting in place provisions to counter anti-vaccine content, climate skeptical speeches, misinformation and calls for violence… “Their policy of moderation will well beyond legality, including in relation to French law”, notes the researcher. Elon Musk assured that he would respect local laws. European leaders promise to keep an eye on things. Thierry Breton, EU Commissioner for the Internal Market, warned this Friday: “In Europe, the bird will fly according to our rules.”

As for the economic project, the new owner already assumes that he wants to develop advertising on Twitter. The platform must become the benchmark for commercial ads, which Elon Musk considers “content”. “When done well, it can delight you, entertain you and inform you,” he said on the social network.

Indispensable in political and media debate, however, Twitter has “only” some 240 million daily users, compared to just under 2 billion for Facebook. Elon Musk has repeatedly expressed the idea of transforming the social network to make it more popular. “Buying Twitter will serve as a catalyst to create X, the do-it-all app,” he wrote on Oct. 5.

Buying Twitter is an accelerant to creating X, the everything app

What project is hidden behind this name? This “super-application” could look like the Chinese social network WeChat, which serves as a messaging service, photo manager, shopping and pairing platform. It has over a billion users.

Today News Post - November 1, 2022 0
At 93, singer-songwriter Hugues Aufray has not given up on the stage, quite the contrary. The artist is on tour in churches and cathedrals,...