Every day, the correspondents’ club describes how the same current event is illustrated in two countries. 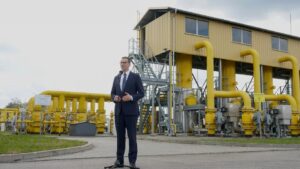 The war in Ukraine and tensions with Russia are plunging European countries into an unprecedented energy crisis. According to the French government, the sobriety plan “is already bearing fruit” with “a daily reduction of 5% in electricity consumption”, explains Olivier Veran on Tuesday, November 29. Other European countries have also started to reduce their energy consumption.

Spain in particular is a good student. In October 2022, the executive of Pedro Sanchez approved a comprehensive plan for energy savings, known as “More energy security”. It includes 73 measures and aims, in particular, to reduce the consumption of natural gas between 5.1% and 13.5%, by March 2023. Spain, as well as Portugal, have obtained from Brussels that the reduction in their gas consumption be only 7% instead of the 15% requested from the other European countries. An “Iberian exception” linked to the low level of energy connection with the rest of the continent and which also currently allows these two countries to cap the price of gas used to produce electricity. At the end of October, Spanish consumers have already saved nearly three billion euros on their bills, compared to the price they would have had to pay without this mechanism.

Poland, very dependent on Russian gas, is facing a major energy crisis. But despite everything, the government remains timid. It took its first steps to reduce electricity consumption a few weeks ago. But the plan remains unclear. If he plans to spare schools, markets, gymnasiums or public lighting, some municipalities do not know what to save on. However, they hope to reduce their consumption by 10%, even if the calculation is a real headache. The Poles did not wait for government directives to reduce their electricity consumption. They very quickly saw their energy bills skyrocket. The ruling party passed a law to freeze electricity prices. But to be entitled to these preferential rates, you must not exceed a certain consumption. It is therefore up to the Poles to save if they do not want to pay too much for electricity