European energy ministers approve a mechanism that will cap wholesale gas prices. It will have taken several weeks of difficult discussions between the 27. Will households benefit directly? 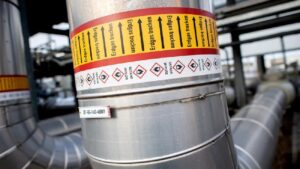 The mechanism decided in Brussels will not have a positive impact on individuals in the immediate future. But eventually, in the next few months, it will be beneficial for everyone. First, thanks to the safeguards that will be put in place if there is a sudden and irrational spike in prices, as happened this summer. Then, in terms of security of supply. Everything is provided for in the agreement, including joint purchases between several countries.

There will be no immediate impact due to delays in the implementation of complex machinery. Not everything can be done with the snap of a finger. We will have to get through the delicate period that is coming: preparing Europe’s energy supply for the winter of next year. We know it will be more complicated because it will most likely have to be done without the Russian gas that we have benefited from again this year.

How does it work?

The system will make it possible to cap wholesale gas prices as soon as they exceed 180 euros per MWh for three consecutive days. Beyond this threshold, our suppliers will not be paid on the top margin. Will they accept the rule of the game and let it go? This is the risk put forward by certain refractory countries such as Germany, Austria, Denmark and the Netherlands, opposed to any cap for fear of seeing our gas suppliers – including Norway – cut off our supplies. to favor countries which themselves agree to pay more, particularly in Asia.

The European ministers have therefore defined a ceiling which makes it possible not to buy the gas too expensive but still a little more than the Asian customers so that we are not ejected from the market. And if the supply to Europe were to be threatened, the system would be immediately deactivated. This is called playing fine in the current context. Application of the new device, normally, from February 15.

Today News Post - January 14, 2023 0
In cars, the former world rally champion dominated the debates during the 13th stage between Shaybah and Al-Hofuf (154 kilometers) on Saturday. Sebastien Loeb and...

Elon Musk reinstates the accounts of several personalities banned from Twitter, but has “not yet made a decision” concerning Donald Trump