The Russian president, who announced the attachment of these four territories to Russia in September, called on the security services to “maximum concentration” to defend them. 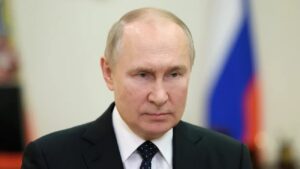 Rarely does Vladimir Putin acknowledge that a situation is less than ideal. But in a video, published on Tuesday December 20, the Russian president declares that “the situation in the People’s Republics of Donetsk, Luhansk, as well as in the regions of Kherson and Zaporijjia is extremely difficult”. In September, he had celebrated with great fanfare the annexation of these four regions of Ukraine, although the Russian army does not fully control them.

In his message intended in particular for employees of the security services (FSB), Vladimir Putin calls for counterintelligence to be “maximum concentration” in these territories, and asks for “severe repression of the actions of foreign secret services and effective identification of traitors, spies and saboteurs”.

This statement comes the day after Vladimir Putin traveled to Belarus, where he announced a rapprochement in “all areas” with his neighbor. On the military level, the two countries will jointly buy and manufacture armaments, he announced in particular, denying any intention to “absorb” his ally.

Today News Post - January 10, 2023 0
The Brazilian president met with the presidents of the Senate, the Chamber of Deputies and the Supreme Court to sign a declaration "in defense...

Spain: six dead and two injured after the fall of a bus in a river