Electricity prices are exploding everywhere in Europe, except in Spain and Portugal. The two countries have obtained a derogation from the European Union to leave the European energy market and find themselves with prices much lower than elsewhere. A difficult model for France to follow. 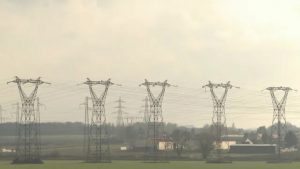 While electricity prices are soaring all over Europe, Spain and Portugal are spared. Since June, the two countries have obtained a derogation from the European Union. For a year, they leave the European system and can set the price of their electricity themselves. Whereas in EU countries, the price is indexed to the most expensive means: gas-fired power plants.

To justify this derogation, Spain and Portugal put forward an argument to the commission: according to them, the European model was unsuitable in their case. “There is a geographical isolation, the peninsula is relatively independent of Russian gas. During the last twenty years, the two countries have invested a lot in renewable energies”, explains Anna Creti, professor of economics at Paris Dauphine University. This argument of isolation cannot be used by France, which imports from Germany, Spain and the United Kingdom, and which exports to Italy and Switzerland. The country cannot therefore withdraw without there being a devastating impact on the market.

Today News Post - November 16, 2022 0
In November 2021, 27 migrants died when their makeshift boat sank in the English Channel. The investigation is progressing and according to elements of...