As in several French cities, Rouen has established a low-emissions zone excluding the most polluting vehicles. This measure does not seem to everyone’s taste in the City of 100 steeples. 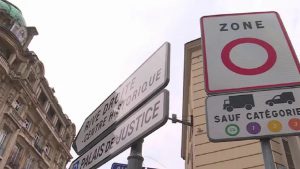 Since September 1 in Rouen (Seine-Maritime), vehicles with a Crit’Air sticker 4 or 5, i.e. diesels produced before 2005, are prohibited in the low emission zone (ZFE). A measure that divides the inhabitants. “It’s unmanageable for those who have no income,” said one of them. A position that not everyone shares. “Cars from 1999, sorry to say that, they have to be cleared. They are no longer cars, for me they are garbage cans”, judges another citizen bluntly.

A mayor at the head of the sling

Decried, this ZFE suffered a revolt marked by a demonstration of more than 300 people in September. At the head of the dispute, the mayor of Deuville-lès-Rouen (Seine-Maritime) whose municipality is concerned. “We are doing things much too quickly, especially since for two months there have been additional difficulties with inflation which means that the aid is insufficient for motorists to be able to change vehicles quickly”, argues the city councilor. An association of motorists has even launched a tour of France to challenge the ZFEs. The town hall, for its part, invokes a public health measure, highlighting the 40,000 deaths per year in France due to pollution. A tolerance remains in effect until March.

Today News Post - November 19, 2022 0
As the snow begins to fall on the country, Ukraine on Friday asked for "additional support" from the EU to deal with this energy...