Like every day, the 11 p.m. news takes a tour of the news broadcast by European television channels. It’s Eurozapping on Thursday, October 27. 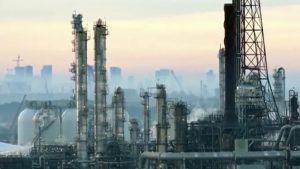 In the United Kingdom, the staggering profits of Shell outrage the population. The oil giant has accumulated more than nine billion euros in profits between July and September 2022. This is the result of stratospheric fuel prices at service stations. Shocking figures in a country where inflation reaches 10% and where energy bills have become dizzying.

In Norway, an alleged Russian spy was arrested on Monday, October 24. He worked at a university and pretended to be Brazilian. The 37-year-old man, suspected of spying for the benefit of the Russians, was imprisoned on Tuesday, October 25. Since drones were detected over its oil installations, Norway has been wary of its Russian neighbor. Exercises with German troops are currently taking place to protect the sites in question.

Today News Post - November 11, 2022 0
At the end of the midterm elections, the American president welcomed his party's score, comparing it to the midterms of the past forty years....