The stampede that killed 153 people in Seoul, South Korea, on Saturday October 29, is not an isolated case. Similar events have already taken place, notably in Indonesia, on October 1st. How can these heavy human tolls be explained? 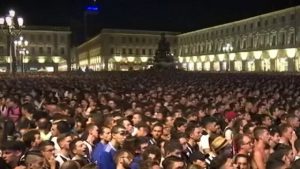 In Seoul, South Korea, crowds became a trap killing 153 people during Halloween celebrations on Saturday (October 29th). In Indonesia, 125 people died in a stadium on October 1. In 2015, 2,300 worshipers died compressed in Mecca. In Turin (Italy), in 2017, a rumor of a bomb created panic, injuring 1,500 people. “Individuals are so compressed against each other that the slightest movement of a person will spread to his neighbor, who will spread to his neighbor, etc.,” explains Mehdi Moussaid, specialist in crowd behavior. Waves of jostling will then cross the crowd. Sometimes, two waves can cross, and make individuals fall.

It’s all about density and compression. Up to five people per square meter, as in a metro train, there is no risk. Beyond this figure, there is danger. The compact crowd can be tossed around, but there is rarely a way out. “People who feel oppressed and oppressed in the chest cannot escape (…), and very quickly cardiac arrest from lack of air happens”, indicates Patrick Pelloux, emergency doctor. In this case, the thing to do is to try to preserve its living space. Crowd management is a major concern at major events.

Today News Post - October 27, 2022 0
While tensions between France and Germany have not yet fully subsided on Wednesday, October 26, what impact can they have on a European scale?...