Are clandestine Chinese police stations located in the heart of Paris? This is according to the NGO Saveguard Defenders. It would be a relay for the Chinese authorities, whose mission would be to monitor certain nationals. 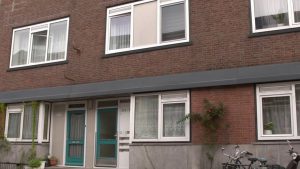 Officially, they don’t exist. However, the Chinese press has spoken about it. Police officers from the province of Fuzhou (China) are said to be stationed clandestinely and illegally, all over the world, in Italy, the United States or even the Netherlands. A team from France Televisons went to Rotterdam (Netherlands). One of the hidden police stations would be housed in an innocuous building. A woman opens the door, but claims to ignore everything. “We just have an embassy here. I’m Dutch, I was born here, I grew up there, my family too. We have nothing to do with China,” she says.

The NGO Saveguard Defenders, which revealed the case in Europe, claims that these are clandestine sites. “Most of the time it looks like residential buildings, restaurants, businesses. You have to think of it as a network of people who are committed to assisting security services from their homes,” explains Laura Harth, campaign manager long. In France, three addresses in Paris and its suburbs would be linked to Chinese services. Reached by phone, one of the officials confirmed working for “China’s police prefecture” for “health examinations” or “driver’s license renewals”.

According to experts, these agents would however be there to put pressure on the opponents, and push them to return to China. The Chinese embassy did not respond to requests from France Televisions. The Ministry of the Interior affirms that the DGSI deploys significant resources to fight against this type of action.

Today News Post - November 19, 2022 0
The 38-year-old entrepreneur claimed to have developed a revolutionary machine for performing blood tests. The scam was exposed in 2015. Elizabeth Holmes, on November 18,...