Largely dominated in recent confrontations, the Red Devils host Manchester City on Saturday, while the two teams are separated by only four points in the standings. 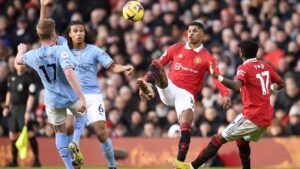 Marcus Rashford in the duel with Nathan Ake during the Manchester derby, January 14, 2023. (AFP)

The Manchester derby, a titanic duel. Manchester United welcomes Manchester City to its mythical theater of dreams, Saturday January 14 at 1:30 p.m. Since the departure of Cristiano Ronaldo, the Mancunians have been running at full speed. They remain on six consecutive victories in all competitions and are in fourth place in the English championship (35 points).

In the event of a victory, Erik ten Hag’s men would come back to within a point of the Citizens (2nd, 39 points). But Pep Guardiola’s men, winners in the last three meetings between the two teams, are also on an excellent dynamic and remain favorites. The Spanish technician can count on his offensive armada and his ogre Erling Haaland to hope to consolidate his second place, and keep Arsenal, the leader, in his sights.

Today News Post - January 4, 2023 0
The former boss of the FTX platform has pleaded not guilty to the eight counts brought against him. He is suspected of having used...

Croatia-Morocco: is the small World Cup final really taken seriously by the selections?