A daring mix is talking in the United States. Offered by the Pepsi brand especially for Christmas, this drink is mainly aimed at young consumers. 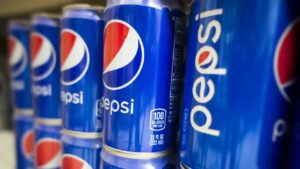 Americans have dietary practices that seem, let’s say different for us Europeans. This time it is a mixture of a soda, Pepsi with milk, created especially for Christmas and called “Pilk”. A journalist from the American site Daily Beast tested it and the word “delicious” appears in his article. Obviously, you have to pour the Pepsi first into a glass then the milk, without ice if possible, but accompanied by a cookie… Christmas obliges.

On Dec. 1, Christmas came early with another unexpected gift from one Lindsay Lohan: the introduction of her favorite holiday beverage—Pilk. Yes, it is Pepsi and milk. Sounds gross, right? Well, @colemanjspilde tried it to find out. https://t.co/utCIZbwwFy

“It’s a secret shared by Pepsi fans for a long time,” says the brand’s marketing manager. The soda offers those who wish to post photos or videos of their drink on social networks with the possibility of earning money by December 25. There are also variations: the “Naughty and Ice”, with extra vanilla cream, or the “Cherry on Top”, a mixture of cherry Pepsi, cream and caramel.

We 👀 you lactose-free lovers. Try this dirty and dairy-free take on #PilkandCookies: The Snow Fl(oat). ❄️❄️❄️ #NationalCookieDay

Follow @Pepsi and share a 📸 or 🎥 of your 🥤+🥛+🍪 with #PilkandCookies #Sweepstakes, and you could win cash for your gifts! pic.twitter.com/bhU7KhKebK

Pepsi takes on a Tiktok trend

All this is, of course, the marketing operation, which allows the soda to target young consumers in particular. Pepsi is surfing here on a phenomenon that made people talk in the spring on the TikTok social network: the “Dirty Soda”, which consists of a mixture of a soda and a milk-based drink. It was the young singer Olivia Rodrigo, interpreter of the hit Drivers License, who started the trend. She posted a photo of herself with a tumbler from the Swig chain. A chain based in Utah, precisely specializing in “dirty soda”, because the Mormons, very numerous in this western American state, are generally not allowed to drink alcohol or hot drinks such as tea or coffee. So they needed alternatives. It would also seem that in Pakistan, Doodh Soda, a mixture of lemon soft drink and milk, has been consumed for years.

To promote the “Pilk”, Pepsi did not call on Olivia Rodrigo, but on the actress and former child star of Disney, Lindsey Lohan. She played in particular in the remake of La Coccinelle but she also multiplied the escapades and the abuse of substances, sometimes illegal. The tabloids ended up writing more about her than the film magazines. The actress is, however, making a comeback at the moment: she is the star of a Christmas romantic comedy produced by Netflix this year for example. Pepsi therefore hired her for an advertisement where she prepares “Pilk”, dressed as a somewhat sexy Mrs. Claus.

A reference to one of his films, Mean Girls, very popular in the United States, to the point of having been adapted for Broadway. She freely admits that she was a little skeptical at first about the Pilk concept but, you can imagine, she finds the drink to her liking now. She can’t wait for “the rest of the world to try it”. Cheers…

Today News Post - October 29, 2022 0
The Rio-Paris flight crash trial opened on Monday, October 10, thirteen years after the tragedy that claimed the lives of 228 people. Airbus and...