Tuesday’s strikes “were only carried out on the territory of Ukraine at a distance of more than 35 kilometers from the Ukrainian-Polish border”, the Russian Defense Ministry said on Wednesday. 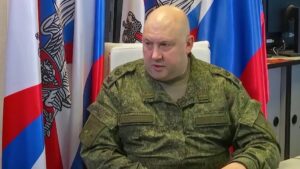 Who fired the missile that fell in Poland on Tuesday? Russia said on Wednesday, November 16, that its strikes had only hit Ukrainian territory the day before. “We want to emphasize that the high-precision strikes were carried out only on the territory of Ukraine at a distance of more than 35 kilometers from the Ukrainian-Polish border,” the Russian Defense Ministry said in a statement.

>> War in Ukraine: find the latest information in our live

“The debris found in Poland “has been categorically identified by Russian specialists (…) as an element of an anti-aircraft guided missile of the S-300 air defense systems of the Ukrainian Armed Forces,” the ministry added.

The explosion that killed two people in eastern Poland is “the result of Ukrainian anti-aircraft defense systems, used to counter Russian missiles”, Belgian Defense Minister Ludivine Dedonder said on Wednesday. “Investigations are continuing, currently there is no indication that this is a deliberate attack,” she added in a statement. Ukrainian President Volodymyr Zelensky has accused Russia of hitting Polish territory with a missile strike.

Today News Post - November 9, 2022 0
Sepp Blatter regretted the awarding of the 2022 World Cup to Qatar, in an interview with the German agency SID. Sepp Blatter at the exit...