After the controversy surrounding Kanye West’s anti-Semitic remarks, the American rapper is on the way to becoming the future boss of the social network Parler. Was he inspired by the libertarian Elon Musk, new boss of Twitter? 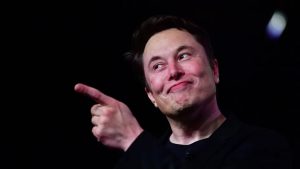 “The bird is released”: it is with this tweet that Elon Musk, boss of Tesla and Space X, and the richest man in the world, confirms having taken control of Twitter after having concluded the acquisition of the social network for 44 billion dollars (44 billion euros). Earlier this week, Kanye West entered the race to acquire a social network, signing an agreement in principle with the ultra-conservative platform Parler, born in 2018. The rapper’s goal: make it a “safe haven for people harassed by the thought police”. Elon Musk believes for his part that it is “important for the future of civilization to have a public square online where a wide variety of opinions can debate in a healthy way, without resorting to violence.”

>> Twitter bought by Elon Musk: what could change on the social network

For his part, Donald Trump, banned from Meta, Instagram and Twitter, acquired Truth Social, which became a haven for conspirators six months after its launch. Are alternative platforms an Eldorado for the complosphere? In this new episode of “Complorama”, Rudy Reichstadt and Tristan Mendes France analyze these acquisitions and the business of disinformation on alternative platforms alongside Laurent Cordonier, doctor of social sciences and researcher at the University of Paris and the Descartes Foundation.

From Elon Musk to Kanye West: does controlling a platform promote conspiracy? This is the 36th episode of Complorama with Rudy Reichstadt, director of Conspiracy Watch, lecturer and member of the observatory of conspiracy, specialist in digital cultures. application and several other platforms such as Apple podcasts, Podcast Addict, Spotify, or Deezer.

Today News Post - November 6, 2022 0
This is a record that could have a major influence on the country's political landscape. US President Joe Biden and Democratic and openly lesbian candidate...