One of these avenues is the establishment of a blood alcohol offense with the same rules as for motorists. Hunters will therefore not be able to have more than 0.5 grams of alcohol per liter of blood. 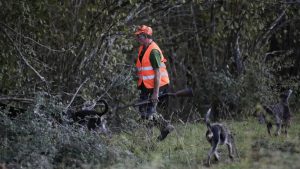 A plan to better secure the practice of hunting will be announced on Tuesday, October 25, by the Secretary of State for Ecology, Berangere Couillard, during a visit to the Marne. Several points will be negotiated until the Christmas holidays and measures will be enacted at the end of 2022 or at the start of 2023, according to information from today news post. Among the tracks considered, the establishment of an offense of alcoholism. A measure that the president of the National Federation of Hunters does not reject, declaring on today news post on Tuesday that he wants to “get out of the hysteria of certain tenors of the far left”.

The government wants hunters to be subject to the same rules as motorists. They cannot therefore have more than 0.5 grams of alcohol per liter of blood. “As soon as there is a hunting accident, it creates a buzz. But when it’s a car or scooter accident, we don’t say anything and we don’t say if it’s alcohol or not”, reacts Laurent Faudon, the president of the Federation of hunters of the Var. He denounces a “relentlessness on the hunt”.

Alcohol is the cause of 9% of hunting accidents, estimates a report from the Senate. It is therefore far from being a majority, but it is still too much, for Muriel Arnal, the president of One Voice, the association for the defense of animals: “It is an important measure and we hope that there will have as many controls and as independently as there are for car drivers.” The controls will be carried out by the agents of the French Office for Biodiversity or by the gendarmes, the decision has not yet been taken, nor the amount of the fine in the event of positive controls.

A safe shooting angle of 30 degrees

The government plan also provides that hunters will be better trained in first aid and how to dress wounds. It is also planned to generalize shooting only when the game is at an angle of 30 degrees in front of the hunter. This helps avoid shooting a hunting neighbor. This practice is already in place in many departments.

Walkers will also be better informed during hunting periods, in particular thanks to applications indicating the locations of hunters. A simpler mode of communication than consulting prefectural decrees or signs installed on trails. “Hunters have authority over the use of nature and this is not normal, reacted Allain Bougrain-Dubourg, president of the League for the Protection of Birds. It is up to hunters to ensure that their leisure activity is not penalizing for other users of nature. We must impose a day of non-hunting in France, preferably on Sunday.”

A “non-hunting day” also defended by environmental senator Daniel Salmon. He suggests “keeping Saturday mornings for the hunt and leaving the rest for the walkers”. The environmental senator believes that “the Sunday without hunting is fundamental”. He still proposes to keep a half-day of hunting on the weekend because “all hunters are not retired”.