Monday, December 5, the trial of the Brussels attacks opened in Belgium. They had been perpetrated by the same terrorist cell as that of the Paris attacks. 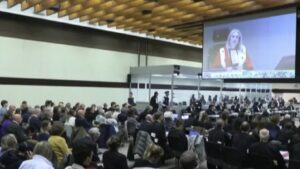 The trial of the terrorist attacks of March 22, 2016 began in Brussels (Belgium), Monday, December 5. The defendants are on trial for the bombings that left 32 dead and more than 300 injured. On the morning of March 22, two men blew themselves up in the hall of Zaventem airport (Belgium), while an accomplice triggered a charge in the metro. These attacks were carried out by the same terrorist cell that struck Paris and Saint-Denis on November 13, 2015.

Salah Abdeslam, sentenced to life imprisonment in France, is also on the dock in Brussels. The victims are waiting for this trial. “I think it’s a necessary step in reconstruction, in adaptation,” says Gaëtan Meuleman, spokesperson for the Life for Brussels association. A victim hopes for answers during this trial. One of the defendants, Mohamed Abrini, is already threatening to remain silent. The trial is scheduled to last until June 2023.

Today News Post - October 29, 2022 0
The severity of the Chinese authorities in terms of policy against Covid-19 seems to be increasingly criticized in the country. The challenge is now...