If Emmanuel Macron has warned of a potential decline of the Francophonie around the world, French remains the fifth most spoken language with 321 million French speakers on the five continents. 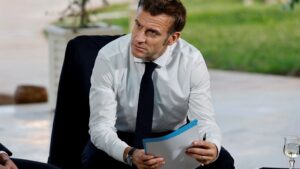 As Djerba (Tunisia) hosts the summit of the Francophonie, Emmanuel Macron spoke of its decline around the world. But how is the Francophonie really doing? “It is doing quite well, even if according to Emmanuel Macron, in the Maghreb countries, we speak less French than 20 or 30 years ago. Francophonie has declined a little in international institutions, since French was the language of diplomacy until the Second World War”, explains Jean Chamoulaud, live from the editorial staff

However, French has also gained 21 million new speakers in four years. “Today, more than 321 million people speak French in the world. It is the fifth most spoken language after English, Chinese, Hindi and Spanish. French is the official language for 32 countries and, with English, it is the only language to be present on the five continents.(…) We could reach the figure of 750 million French speakers by 2050 and in particular on the African continent, since there low, [the population increase] is much greater than on the European continent,” he concludes.

Today News Post - November 13, 2022 0
Faced with what they consider to be a "human and environmental disaster", fans, anonymous people and public figures refuse to follow the Football World...