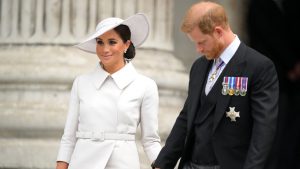 That says a lot about the backgrounds of the duchesses

Kate Middleton has been the Duchess of Cambridge for almost a decade now. She married into the royal family in 2011 and has held a variety of official appointments. Her sister-in-law, Meghan Markle, Duchess of Sussex, on the other hand, made far fewer public appearances in her years. However, royal fans were quick to notice a striking difference in how Meghan and Kate have their photos taken.

Even while at university, Kate had to learn to avoid paparazzi cameras. She has been in a relationship with Prince William since 2003 and is always in the public eye. Since 2011, the year she married her prince, she has now also made official appearances as a royal member. But with all the photos taken of the Duchess, there’s one detail we’ve never noticed – until Meghan Markle showed up and behaved very differently.
Megan Markle

Even before she married Prince Harry and became a Duchess, Meghan Markle was already used to being surrounded by cameras. As a successful actress, she has already spent hours on set and on the red carpet. This acting background of Meghan is also clearly visible in her pictures of public appearances as a member of the royal family. She differs from Kate Middleton in one small detail that makes a big difference.

If you look closely at Kate’s photos, you’ll notice that the Duchess always averts her gaze. Kate never looks directly at the camera. Meghan’s eyes, on the other hand, seem to meet the photographer’s gaze again and again.

Body language expert Judi James explains this difference to Cosmopolitan: “Even though Meghan is the same age as Kate, there is almost a generational difference in her relationship with the camera,” says Judi. “Like many young women of the selfie generation, Meghan has a habit of doing what’s called ‘camera courting’ (pointing at the camera with a direct gaze), which suggests a desire to communicate openly and confidently, as well as it their peers would do on social media and blogs.”

But that’s not the only reason. “There’s a moment in an actor’s life when you have to woo the cameras directly, like Meghan does on the red carpet,” Judi continues. “It’s an opportunity for an actor to learn how to spot the cameras in the crowd and engage them in prolonged direct eye contact to get a good shot. This red carpet technique could be what Meghan mimics as she makes her way through the crowd with Harry.”

The comparison below is just one of many examples. We never noticed it before, but once you’ve seen it, you can’t undo it! 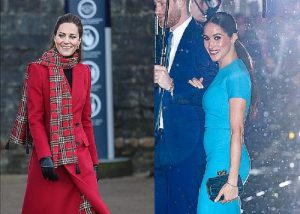 Facebook
Dougie now wants to warn others about hidden cameras. Despite the incident, he says he will continue to use Airbnb. But he has learned that you always have to check the apartment first. At the bottom of Dougie’s post are the images from the camera they discovered.

Today News Post - October 29, 2022 0
In the club of correspondents, todaynewspost returns to a defense agreement concluded on Saturday October 22 between Japan and Australia, anxious to show the...