In Iran, two more protesters have been hanged as demonstrations persist. In the United States, a 6-year-old schoolboy opened fire on his mistress, seriously injuring her. 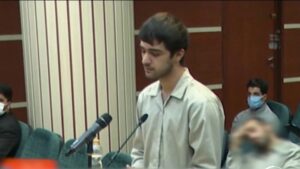 On Iranian television, a propaganda organ, the announcement of two new executions of demonstrators. Tried in a speedy trial, the two demonstrators were hanged on Saturday January 7. Ten other participants in the protest movement were sentenced to death. In the United States, a 6-year-old boy intentionally opened fire with a handgun on his teacher, seriously injuring her. If there is no other victim to deplore, the school principal and the families want to know how such a young assailant was able to obtain a weapon.

In China, hospitals are increasingly saturated with coronavirus patients. In Shanghai, patients and their relatives are expressing their anger. The end of the zero covid policy and an ineffective vaccine lead to this disastrous situation, although the government denies it.

Today News Post - September 25, 2022 0
That says a lot about the backgrounds of the duchesses Kate Middleton has been the Duchess of Cambridge for almost a decade now. She married...

War in Ukraine: what to remember from the day of January 3, 2023